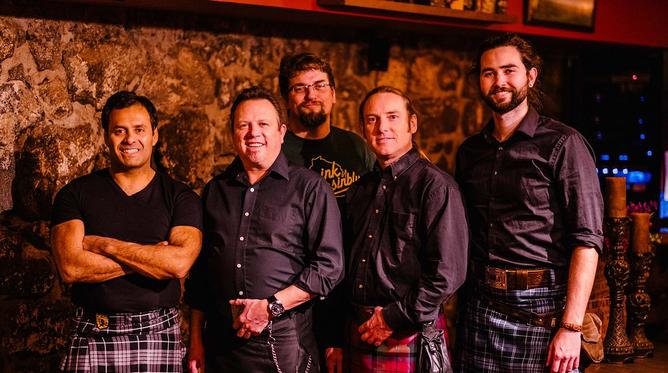 The Byrne Brothers are a multiple award-winning family band and Irish dancers from Dublin, and one of the biggest names in traditional Irish music today. They are Luca, age 18, on Accordion; Finn, 16, on Banjo, Mandolin and Guitar; Dempsey, 12, on Bodhran and Whistle; and their dad, Tommy. on Uilleann Pipes, Bagpipes, Fiddle and Guitar - All-County Champions on their instruments and Ulster Champion Irish Dancers.

Having moved to Orlando Florida in 2018 they became the youngest ever Cast Members of Walt Disney World.

With over 30 million views, half a million shares, over 56,000 followers on social media, being featured on the front cover of The Irish Music Magazine, having toured 44 US states and on 2 Caribbean cruises, The Byrne Brothers are making a great name for themselves in America and all over the world as a festival "must see" band!

Swagger has been honing their original brand of Celtic music at festivals and concert halls across the United States since 2007. Well known for their high-energy stage performances and catchy original songs, Swagger’s music is the expected Irish celebration of drink, mischief, and music, which also dares to explore oppression and take an emigrant’s perspective on the virtues and vices of the Irish-American culture.

Again - back by popular demand - these guys make the BCGG what it is!!

If you didn't hear these boys in 2022, you missed out! Entertainers to the fullest! Talent that is unbelievable! Trust us, you'll be on your feet!

Blaggards (no "The”, pronounced BLA’ GUARDS or BLA’ GHERDS, depending on where you’re from) formed in
July, 2004, in Houston, Texas. They play what they call Stout Irish Rock, traditional Irish music mixed with rock n’ roll, informed by everything from the Dubliners, the Wolfe Tones, and Elvis Presley to the Horslips, Thin Lizzy, and Black Sabbath. As music critic John Nova Lomax puts it, “Their formula is straightforward: Take trad Irish music, combine it with rock and ratchet up the pressure till the rivets start to pop.”
Blaggards are lead vocalist/guitarist Patrick Devlin, bassist/vocalist Chad Smalley, and drummer Eric C. Hughes.
Patrick grew up in Dublin, Ireland, and tended bar in Irish pubs and music venues for many years before starting his first band. Their line-up also now features Heide Riggs on fiddle. Heide recently published “Fiddler’s Full Circle”, a book about her journey in learning and performing Celtic music, and style tips for playing traditional tunes.
Blaggards maintain a rigorous schedule, playing frequently throughout Texas and touring nationally several times a year, plus an annual tour of Ireland.  They have listeners all over the globe, with over 19 million streams on Spotify and over 69 million streams on Pandora. Their version of the traditional sea shanty “Drunken Sailor” is hugely popular and has garnered nearly 35 million streams on Pandora alone.  Their original instrumental “Kerfuffleful” appears in the New Line Cinema motion picture How to Be Single. “Drunken Sailor” and “Big Strong Man” from their first CD, Standards, were both featured on the CBS series The Good Wife.  Blaggards released their latest album BLAGMATIC in July 2021, and their latest single release “Come Out Ye Black & Tans” hit streaming services in March 13, 2022. 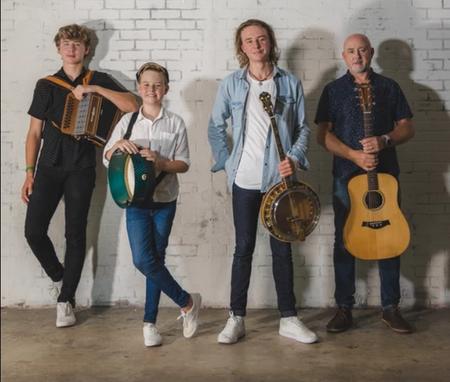