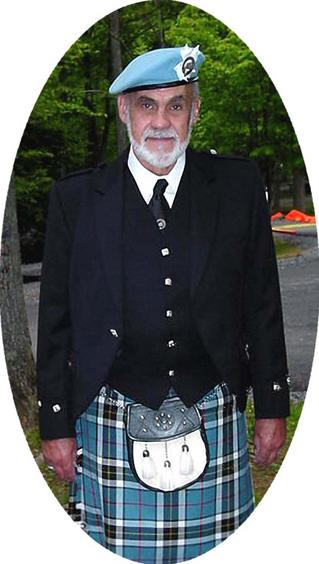 The Border Reiver crest depicts the time, place, and attitude of the border families – not just Thomsons, but all border families. The Lowland Clearances resulted in the transportation, conscription or death of nearly all the Thomson males as evidenced by a period of 40 years with no Thomson births recorded in the West Marche. While some other clans were large enough to cope with the clearance, the Thomsons were not. The women married into other border clans and the surname died out. Sadly, following the “quieting of the borders” in the early 1600s, references to a chief of the Thomson family also disappear. Now, after more than 400 years, we are once more recognized as one of the historic Scottish surnames/families.

The stag's head with black antlers continues the central theme of the
60 Thomson armigers. The stag is thought by some to relate to Henry Thomson, Lord Lyon 1498-1512. The crest of a mounted Border Reiver distinguishes the West Marche Thomsons from the only other recognized ‘Thom’ variant (MacThomas) contained in the 1587 Roll of the Clans, containing the “roll of the clans that have captains, chiefs and chieftains on whom they depend, often times against the will of their landlords, as well on the borders as highlands.....”

In 2012, Lord Lyon King of Arms devised Ensigns Armorial for Clan Thompson International, Inc. (d.b.a. Clan Thom(p)son Society), “acting world-wide and, in particular, in America to promote, perpetuate and encourage the knowledge and understanding of Scottish, particularly Thompson, traditions and history.” Although Thomson is the 6th most common surname in Scotland, the last official recognition it had as a
clan/family was in an Act of the Scottish Parliament in 1594. Today,
through our members in 5 continents, we work to restore Thom(p)son
history worldwide. Lord Lyon set the spelling for our matriculation as the modern, more common spelling of Thompson, so we use the (p) as an inclusive spelling. We are the only clan/society matriculated with the name THOMPSON. Lord Lyon also confirmed the motto “Deny Us Not” appropriate to our history as a riding clan from the Borders. 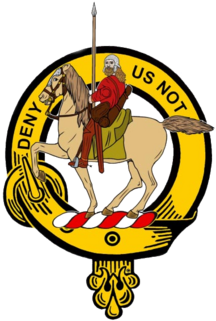 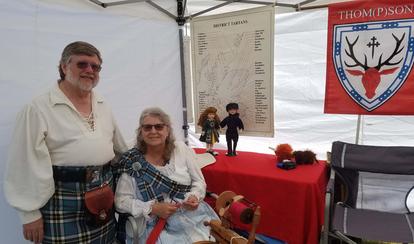 
Regardless of paid profession, Jim and Annette Mentzer are essentially teachers. (In fact,
Jim’s first degree is in elementary education.) In a younger day, as avid skiers, they shared
their passion as volunteer instructors for the SkiForAll program. They spent a decade
teaching people with disabilities to ski. Experienced sea kayakers, they became volunteer
trip leaders and instructors for their paddle club. During the knitting craze Annette taught
several hundred people how to knit. Today she is available for kilt making instruction.
When it was time to get involved in the Scottish community, they followed a familiar pattern.
They ordered tons of books, learned everything they could talking to knowledgeable sources,
searched the web for credible information and put on their teaching hats. Already familiar
with the Bitterroot Valley from years of visiting family in the area, it was natural they say yes
when the Festival sent representatives to Western Washington recruiting clans. Arriving in
the Valley as representatives of Clan MacKenzie, they recruited and taught Larry MacKenzie
and his sister Shauna Burton how to be tent hosts. It was during this time that Jim and Larry
brought the Clan MacKenzie Annual General Meeting (AGM) to the Bitterroot. The
Mentzers repeated this recruitment and teaching pattern in Western Washington.
Simultaneously they became involved in National Tartan Day Washington. They were the
field operations for 5 years as the “Check Your Family Names Here” tent. Annette is fond of
saying they read Scottish history all winter and dispensed it all summer. Most recently the
Mentzers have been teaching classes in Scottish History through the Celtic Arts Foundation
in Mount Vernon WA. When National Tartan Day Washington folded its tent, the Mentzers
thought Clan Thompson might best use their energy. Once again, books were purchased,
experts consulted and last summer found familiar faces wearing a different tartan and
teaching about Border Reviving Families. Once again, the Mentzers are a part of bringing an
Annual General Meeting to the Bitterroot. They are proud to again extend Western
Hospitality to our clan brothers and sisters from across the country. As one of the “Founding
Families” of this event with two AGMs to their credit, the Mentzers are honored to be chosen
as Chieftains of the Games for 2020.
​

Our president, officers and directors are elected by the membership at large. Holding the office of President since 2012, is the current incumbent, Tom Thompson, who led the effort to obtain Lyon Court recognition for the Thom(p)son name once again. He has ably managed the establishment and growth of our society and we owe him our lasting gratitude for a job well done. 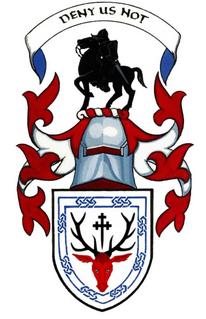